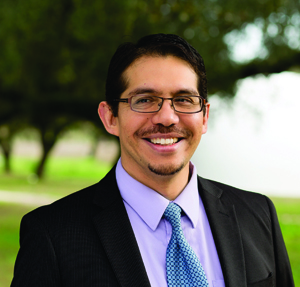 Born in 1972, Luis Minero graduated with honors in Chemistry from Florida International University. He began studying and developing his abilities in paranormal phenomena in his early teens. After becoming a volunteer in Conscientiology in 1995 in Miami, Florida, he began giving classes on OBEs, paranormal phenomena and spiritual growth in 1996, including at the college level (Miami-Dade College) from 1997 to 2002.

Since he speaks English, Spanish, Portuguese, and German, he has lectured on various topics related to the out-of-body experience in several countries across Asia, Africa, Europe, North America and South America, and Australia; and has helped thousands of individuals to develop their own skills.

As a researcher, he has published several papers and has developed research lines related to the study of OBEs, paranormal phenomena and consciousness. Several of his works have been published in various scientific journals.

Also, he is responsible for the translation and revision of over half a dozen books on consciousness from Portuguese into English and Spanish.

Since 2018, Luis offers classes regularly, volunteers and is one of the founding partners of Mosaic Wellness and Health, a spiritual institution with a broader approach, where individuals can grow in their own way.

Be informed and be a part of events related to this book by liking the Facebook page!

Get your electronic or paperback copy from:

Visit Mosaic Wellness and Health for classes on OBEs, spiritual growth, individual counseling, your life purpose, and many others.